We have much pleasure in announcing Sharon Hill as our June Skeptics Café speaker. Sharon is a Pennsylvanian geologist who researches the paranormal, pseudoscience, and anomalous natural phenomena.

and hosts the podcast 15 Credibility Street.

She is the author of Scientifical Americans: The Culture of Amateur Paranormal Researchers.

Skeptics Café is a regular monthly event and members of the public are welcome.

Today we have what the Brits would call a “bumper issue” of Hili, with extra stuff.

It’s back to work in the U.S.; the three-day Memorial Day weekend is over, and it’s Tuesday, May 29, 2018: National Biscuit Day. We’re not referring to the British “biscuit” (what Americans call “cookies”), but these luscious Southern breadstuffs, which are fantastic. I don’t think any other country has the equivalent:

And if you eat too many (best served with red-eye gravy and sausage), you can participate in another one of today’s celebrations: World Digestive Health Day.

First, an update on The Donald’s self-aggrandizing Memorial Day tweet, which I posted yesterday:

Happy Memorial Day! Those who died for our great country would be very happy and proud at how well our country is doing today. Best economy in decades, lowest unemployment numbers for Blacks and Hispanics EVER (& women in 18years), rebuilding our…

No doubt about it, Warren G. Harding liked the fillies, but his taste was more toward fast trotters than thoroughbreds.

Warren G. Harding and his Duchess 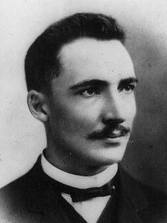 Warren Harding was a good looking man of twenty-five when he married Florence.

Historians have always wondered why Warren G. Harding (1865-1923) married Florence Kling DeWolfe in the first place.  She was five years Harding’s senior and a divorcée in a time when divorce was stigmatic.   She wasn’t bad looking, but she was no beauty either, and said to have had a whining and unpleasant voice.

It is much easier to understand her attraction to him.  Harding was not only a good looking, well-built fellow of twenty-five, but he was also one of the most popular men in town.  He had an outgoing personality, and made friends easily.  His…

Pinker’s latest TED talk: Is the world getting better?

In case you don’t have the moxie to read Steve Pinker’s two latest books—The Better Angels of Our Nature and Enlightenment Now—you can see a summary of both in Steve’s new 18.5-minute TED talk. Posted three days ago, it concisely summarizes his theses that the world is getting better in almost every measurable way, that many liberals hate this progress as well as the general notion of progressivism, and that pessimism about the future is dangerous. He also analyzes what’s responsible for the progress he documents with endless data, and discusses why people simply don’t recognize that progress. It’s a good talk, dotted with humor, and also shows some defensiveness that’s come from Steve’s books being attacked by anti-progressives like the dolorous John Gray.

It’s hard to imagine that there are those who, in the face of data like these, think that the world’s getting worse. Yes, we…

Accommodationism at the Australian Broadcasting Corporation

I thought that, by and large, Aussies were nonreligious, though I’m aware of the hold that the church has on certain Australian states. I’m also aware that the Australian Broadcasting Corporation (ABC) is the national public television network—an organ of the government. And its website has just published a pretty dire piece—in its “Science” section, of all places—showing how scientists can reconcile religion and science, and using three scientists as examples.  If there’s any freedom of the press at the ABC, perhaps they can put up an article showing the much larger number of scientists (especially accomplished ones) who don’t reconcile religion and science.

The article makes two familiar arguments for the compatibility of science and religion:

1.) Many famous scientists were religious: 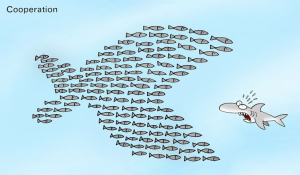 “Morality” comes from the Latin moralis, which was Cicero’s translation for the Greek ethos. The Greek word is related to our idea of character, the Latin one has to do with habits and customs. In an important sense, then, morality (or ethics, used here interchangeably) is the study of how to conduct your life, and particularly how to constructively deal with other people.

Recently, a group of researchers headed by Oliver Scott Curry has put out a paper (as yet unpublished) entitled “Is it good to cooperate? Testing the theory of morality-as-cooperation in 60 societies” which is both interesting and more than a bit irritating. (Here is the site with the full version, and here is a commentary by the lead author, put out by the Evolution Institute.) It is interesting because it provides tantalizing empirical evidence to bolster the case, made by several researchers for a long…

As we grow older (and by “we,” I mean “I”), one’s thoughts tend naturally to turn to mortality. The comparison of your age to that of those listed in the paper’s obituaries becomes a depressing habit, one gives up beloved foods and behaviors in an effort to stay alive as long as possible, and you realize that the time that has passed since you were 40 is longer than the time you have left.

So it’s somewhat heartening, then—though I can’t get there myself—to hear about older people who are sane but have just decided to either die or not engage in the usual measures to prevent getting ill. And two people have done it in different ways.

As this NYT article notes, Australian ecologist and botanist David Goodall, 104, who was working and active right until recently, grew upset at his worsening health and loss of independence, and just…

An illustrated version of Mill’s “On Liberty”

I hesitate to call this to your attention, because I think everybody who follows this website should read John Stuart Mill’s On Liberty, which constitutes the best argument in print for free speech—including “hate speech”. However, if you don’t have the time or inclination, the Heterodox Academy has put out an illustrated version consisting solely of Chapter 2: the heart of Mill’s argument.

Although you can buy it on Kindle or get an expensive hardcover version, you can also get a free downloadable 48-page pdf by clicking on the screenshot below:

As the HA page notes, “Editors Richard Reeves (a biographer of Mill) and Jon Haidt (a social psychologist) have written a brief introduction to link Mill and his time to the issues of our time, and
artist Dave Cicirelli has created 16 gorgeous original illustrations that amplify the power of Mill’s metaphors and arguments. 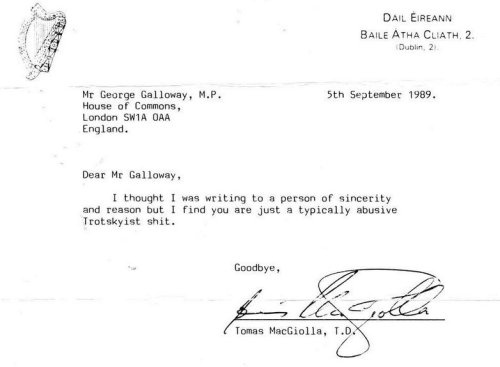