2018 marks 250 years since Captain James Cook set off from Plymouth on the first of his three epoch-making voyages of exploration to the Pacific. In 1768 most of the coastlines and islands scattered across this vast body of water – nearly 64 million square miles of ocean – were unknown to Europeans. When Cook’s third voyage returned to Britain in 1780, most of the blank spaces had been filled in as a result of  his labours. 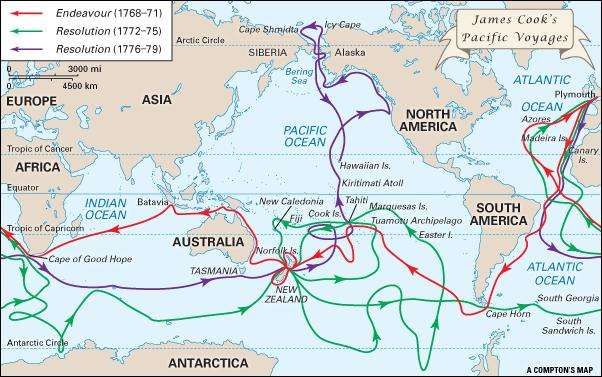 Cook had gained a reputation as a hard working navigator and map-maker during the Seven Years War (1756-63) in Canada, when he had charted the St Laurence Waterway and then, when peace came, made the first detailed charts of the island of Newfoundland off the Canadian coast.

So when the Royal Society approached the Royal Navy for a captain to lead an expedition to the Pacific, with scientific equipment and…