Phil Torres is a “riskologist” who studies existential risk, and seems to have it in for the New Atheists (Salon, of course, is always willing to provide him with a platform for that). Torres’s latest Salon piece is an attack on Steve Pinker and his last book (Enlightenment Now, or EN), a piece called “Steven Pinker’s fake Enlightenment: His book is full of misleading claims and false assertions.” Torres’s piece is pugnacious, ending with a suggestion that Pinker may actually be hiding stuff that he knows is wrong:

Let me end with a call for action: Don’t assume that Pinker’s scholarship is reliable. Comb through particular sentences and citations for other hidden — or perhaps intentionally concealed — errors in “Enlightenment Now.” Doing so could be, well, enlightening.

When I read Torres’s piece, I wasn’t impressed, as Pinker’s “errors and false assertions” seemed to…

This week’s Menindee fish kill is third major kill in the upper Darling River  in five weeks. It reportedly involves hundreds of thousands of fish, coming on top of an estimated “up to a million” three weeks ago. On January 15, the ABC reported that contractors would start  the next week on the task of cleaning up the fish carcasses and that they had a window of five days to remove them before most would have sunk to the bottom to rot.

With the wait that occurred to appoint the contractors, it is plain that huge numbers would have sunk into the mud where the bacteria that causes putrefaction would have massively added to the oxygen depleted water problem initially caused by algal blooms. Ecosystem disaster language is being used without exaggeration.

When I was in Hawaii I became fascinated with the surfing culture, and curious about why so many people devote their lives to it. I’d probably understand more if I ever tried it, but that’s not going to happen. Yet I can get an idea of its allure when I watch videos like the ones below, showing people surfing the really big waves. Clearly, it takes a lot of skill and experience to do that, and the thrill, enhanced by the considerable dangers, must be huge.

It is a fact the whole world knows that the world’s biggest surf-able waves are off the coast at Nazaré, Portugal, located where the red is here: 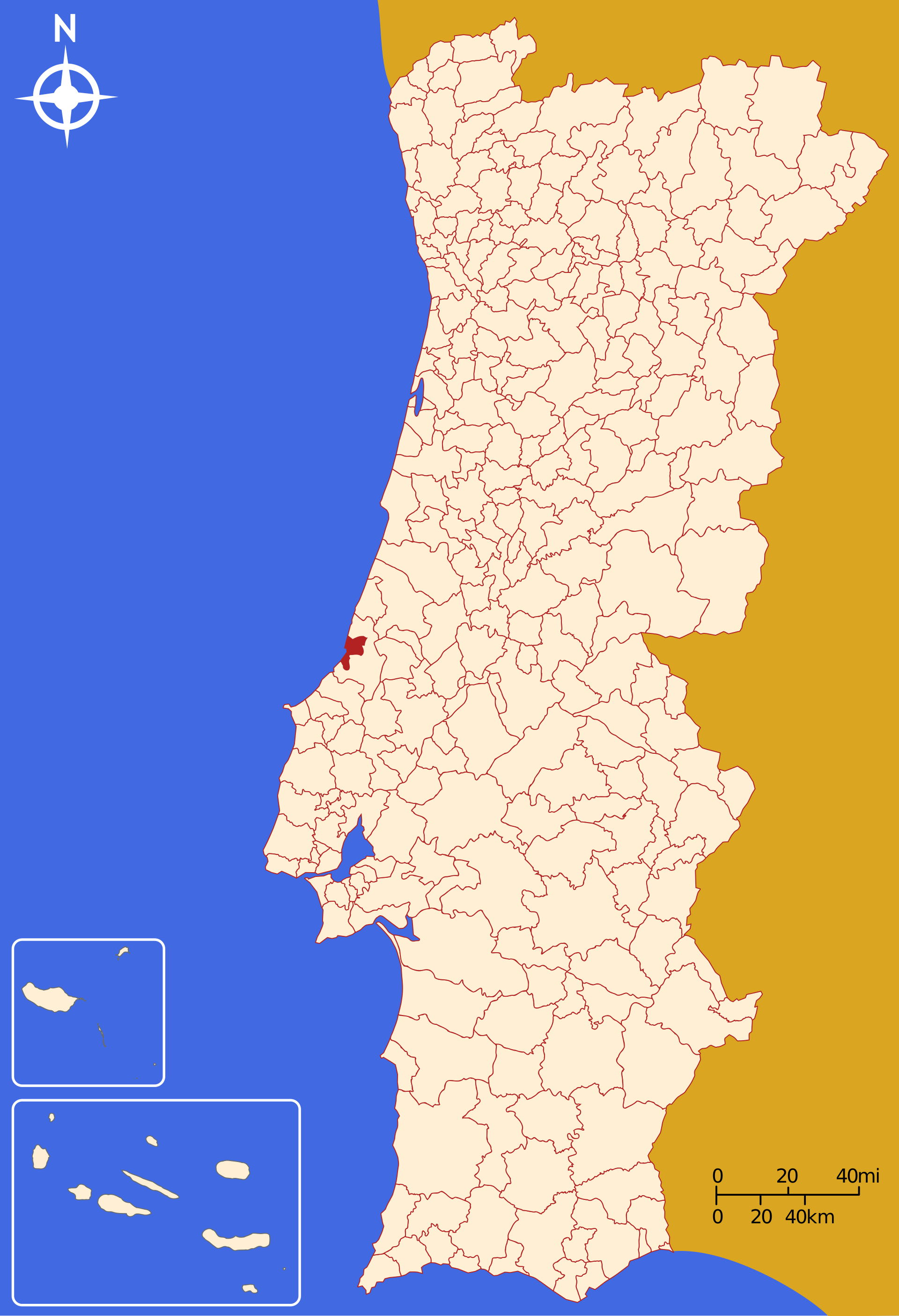 Wikipedia says this about Nazaré:

Nazaré is a popular surfing destination because of its very high breaking waves that form due to the presence of the underwater Nazaré Canyon. As the canyon creates constructive interference between the incoming swell waves, it…

What is a fact?

This might seem like a simple question, but the answer is not so straightforward. The Macquarie Dictionary defines a fact as ‘what has really happened or is the case; truth; reality’. This implies that facts are objective, as opposed to opinions which are subjective. The distinction is important to scientific skepticism, which looks for objective evidence in support of dubious claims that are made.

The usual test for a statement of fact is verifiability; that is, whether it can be demonstrated to correspond to either empirical observation or deductive proof (such as 2+2=4). For instance, the proposition ‘It is raining’ describes the fact that it actually is raining.  The rain that falls can be objectively measured in a rain gauge – it is not just a matter of opinion.

On the other hand, an opinion is a judgement, viewpoint, or statement about matters commonly considered to be subjective, such as ‘It is raining too much’.  As Plato said: ‘opinion is the medium between knowledge and ignorance’.

Philosophers generally agree that facts are objective and verifiable. However, there are two main philosophical accounts of the epistemic status of facts. The first account is equivalent in meaning to the dictionary definition – a fact is that which makes a true proposition true. In other words, facts describe reality independently of propositions. This means that there can be unknown facts yet to be discovered by science or other investigations. But we cannot verify a fact unless we know about it. So the other account is that a fact is an item of knowledge – a proposition that is true and that we are justified in believing is true.  This means that we either have to accept that there can be unknown and unverifiable facts, or we must adopt the position that facts are things that we know.

Filed under Essays and talks, Reblogs

David Kynaston (b.1951) has written about 16 history books on broadly three topics: cricket, the City of London, and Britain after the Second World War. His post-war histories have been published as three volumes, each of which – rather confusingly – contained two books:

This is a review, or notes on, book two of volume one, Austerity Britain: Smoke in The Valley, which covers the years 1948 to 1951 i.e. from the inauguration of the National Health Service on 5 July 1948 to Labour’s defeat in the October 1951 general election.

When John Kerry negotiated the nuclear arms deal with Iran four years ago, waiving sanctions on Iran in return for their dismantling refinement facilities and cutting back on production of refined nuclear material, I was dubious. I didn’t trust the government of Iran, for after all they would benefit greatly from the cachet of having the Bomb. They’d also scare the bejeesus out of Israel, which would be the first target of an Iranian bomb.  But it wasn’t politically correct to criticize a no-nukes deal negotiated by a Democratic government, so I crossed my fingers, hoped, and remained silent.

Trump decided to scrap that deal, and Iran is considering restarting its old program. Well, that’s not exactly true: it had never kept to the bargain in the first place. In other words, I was right, but take no pride in it. This news comes from the Middle East Media…

David Kynaston (b.1951) has written about 16 history books on broadly three topics: cricket, the City of London, and Britain after the Second World War. His post-war histories (to date; the plan is to take them up to 1979) have been published as three volumes, each of which – rather confusingly – contains two ‘books’:

Should one review the portmanteau volume – Austerity Britain (692 pages long in its current Bloomsbury paperback edition) – or the two ‘books’ it contains? I’ve chosen the latter option, because each of the ‘books’ is so dense and packed with information that they require separate posts.

Pinker responds to the critics of “Enlightenment Now”

On the occasion of the publication of the paperback edition of his book Enlightenment Now: The Case for Reason, Science, Humanism, and Progress, Steve Pinker has published a response to his critics (as well as other reflections) in Quillette. While that’s not the usual kind of place where Steve publishes, it’s all to the good because what other place would publish 10,000 words of reflection, reaction, and rebuttal? And Quillette is worth your attention.

As you probably know, Pinker’s book has been widely attacked, often for no reason I can discern than that people either didn’t read the book or have some psychological aversion to the facts that the world has progressed economically, morally, and in other aspects of well being. And no, Pinker didn’t ignore exigent threats like Trump and environmental degradation, and no, he didn’t limn a continuous rise in well being every year. I’ve defended…

The New York Times is rapidly becoming an anti-Israel paper. For every Bari Weiss op-ed (and there’s a good one today), there are several anti-Israeli articles, often filled with lies and misconceptions, like the piece below that appeared Friday. As CAMERA wrote after seeing Alexander’s article:

The New York Times‘s disproportionate focus on criticism of Israel, including its very existence, is hardly a new phenomenon, despite Alexander’s assertion to the contrary. In her op-ed, she argues: “Not so long ago, it was fairly rare to hear this perspective,” i.e., that Israel is committing “horrific human rights abuses” and “legalized discrimination.” (Her position seems to contradict Levy’s [Haaretz columnist Gideon Levy], who argued that “it’s getting more difficult” to publish such views.) In fact, CAMERA’s comprehensive study (“Indicting Israel: New York Times Coverage of the Palestinian-Israeli Conflict“) found that in the period from July 2011 through March 2012…

I am Ashurbanipal king of the world, king of Assyria @ the British Museum

Ashurbanipal was ruler of the Assyrian Empire from 669 to about 630 BC. From his capital at Nineveh on the edge of present-day city of Mosul in northern Iraq, Ashurbanipal ruled a vast and diverse empire, reaching from upper Egypt, via the eastern shore of the Mediterranean (modern Cyprus, Israel Lebanon and Syria) and along a corridor either side of the Tigris and Euphrates rivers down to the Persian Gulf. During his reign he was probably the most powerful person on earth.

This blockbuster exhibition examines the life and times and cultural achievements and social context of Ashurbanipal’s rule alongside detailed profiles of the different kingdoms and cultures which he ruled over and exhaustive accounts of his numerous military campaigns.

The quickest way to give you a sense of the scope might be to list some of the headings which introduce different areas of the exhibition and displays: