I was a fellow student and friend of Andrea Goldsmith at Monash University during the late 1960s.

It’s hard to express the intense pleasure of reading Andrea Goldsmith’s new novel, Invented Lives. It’s not just that it’s an absorbing novel that held my interest from start to finish, it’s also a book filled with insights that will stay with me for a long time.

While the central character in Invented Lives is Galina Kagan, a Russian émigré to Melbourne, and the novel focusses on her feelings of loss and not belonging, there are other kinds of exile in the novel.  One of the most interesting is that of Sylvie Morrow.  This older woman, mother to Andrew Morrow who’s fallen in love with Galina, is reminiscent of Philippa Finemore in Goldsmith’s Modern Interiors (1991).  Like Philippa, Sylvie suffered a kind of exile imposed by her gender, because women of her generation were excluded from full participation in society.  She was too young to experience the liberating effects of…

Bill Nye screws up when tackling a question about free will

The wheels fell off the Science Guy juggernaut a long time ago, but Bill Nye still tries to heave the ungainly cart forward, desperately trying to remain relevant. As you know, I haven’t been a fan of his “comeback,” for his attempts to sell science have been ham-handed and embarrassing. (See some of my criticism here.)

Here, in a video made in 2016,  he goes way out of his depth to answer a reader’s question on The Big Stink. I came across this while watching videos about free will by genuinely smart people, and then cringed while I watched this one.

In this video an inquisitive man named Thomas asks Nye whether he, Thomas, has free will, which the inquisitor interprets as libertarian free will: “neural causation”, with an independent ego in control of one’s thoughts and actions. He’s clearly asking about libertarian free will because he sets his…

Today’s photos, including a plant and many arthropods, come from regular contributor Tony Eales, who lives in Queensland. His notes are indented:

When I was in Western Australia recently I found this beautiful sundew known as the Red-ink Sundew, Drosera erythrorhiza. I’m a big fan of carnivorous plants and this was a real beauty. 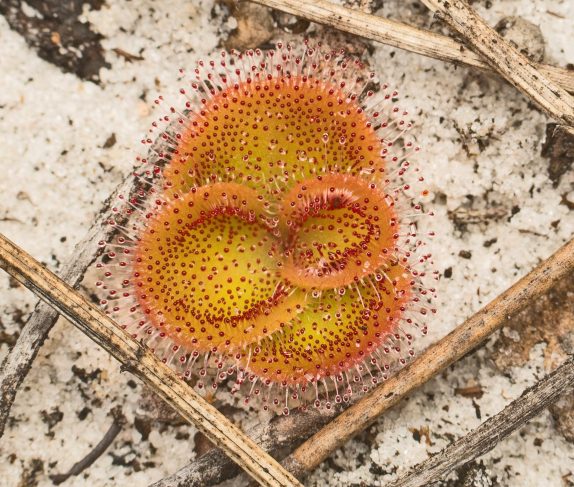 Another personal favourite is the spiders in the genus Arkys. I hope one day to photograph all of the known Australian species in this genus (around 18 in all) and back in March I got my sixth species, Arkys furcatus. 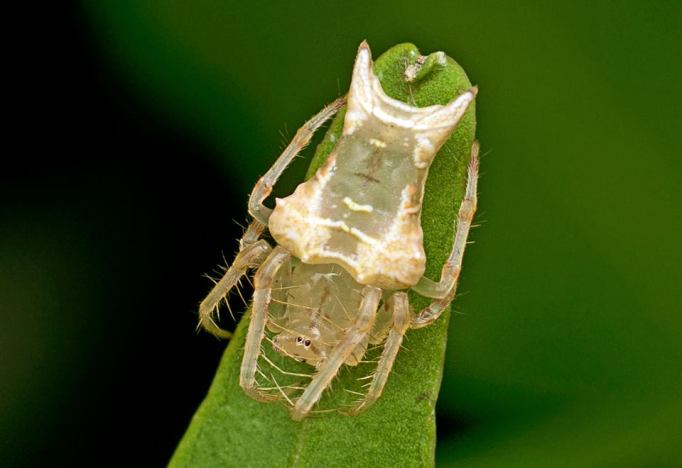 Another personal goal is to photograph at least one member of each insect order. This weekend I upped my count by two with a member of the Webspinner order Embioptera and a member of the Jumping Bristletail order Archaeognatha…

This is a review of the second half of the third volume in Norwich’s weighty and famous three-volume history of the Byzantine Empire, from the founding of Constantinople in 330 to the fall of the same city to the Ottoman Turks in 1453.

The third volume covers the period from the catastrophic Battle of Manzikert of 1071 in which the Byzantine army was massacred by the new power in the Middle East, the Seljuk Turks, through to the final triumph of the Ottoman Turks and the miserable fall of the city.

It is a long, miserable and frequently appalling book to read. It took a big effort to get over the emotional trauma of reading about the sack of Constantinople by the Fourth Crusaders in 1204, so traumatic I devoted a detailed blog post to it.

Byzantium: The Decline and Fall contains so much brutality, cruelty, violence…

Elephants have awesome olfaction (better than dogs): the pachyderms are the only animals to date that can distinguish different amounts of food by smell alone

This is another recent paper from PNAS, and I’ll put the link in the screenshot (pdf here), but I’m not going to report on it in detail. Rather, this is an excuse to show a video that demonstrates the paper’s main point: while some animals can distinguish greater from smaller amounts of food using vision, elephants can do it using smell. This appears to be the first example of the use of olfaction in cognitive tasks by an animal.  You might think dogs have a keen sense of smell, but they fail the smell test used in this paper.

The journal Science gives the video below as well as presenting a short popular summary of the paper.

The sack of Constantinople in 1204

There was never a greater crime against humanity than the Fourth Crusade. (Sir Steven Runciman, 1954)

Until I read John Julius Norwich’s account of the Fourth Crusade, which ended with the devastating sack of Constantinople in 1204, I hadn’t appreciate what a seismic and unmitigated disaster it was.

Norwich’s account of the Latins’ destruction of the biggest, richest city in the world was so harrowing I was depressed for days and found it difficult to continue reading the book in which he describes it, Byzantium: The Decline and Fall.

Like reading detailed accounts of Hiroshima, I just felt that…. after seeing humanity revealed in such appalling colours, why… why go on with anything?

For me, personally, the reason to go on is to understand better. Not to understand perfectly, which I am confident, or acknowledge, is beyond human wit. But just because perfect understanding is an impossible platonic absolute…

In February 1130 on the banks of the river Pyramus (now the Ceyhan) in Cilicia [the Emir Ghazi, ruler of the Danishmends] destroyed the army of young Bohemund II of Antioch in a total massacre. Bohemund’s head was brought to Ghazi, who had it embalmed and sent it as a gift to the Caliph in Baghdad. (p.72)

Raymond of Poitiers, on 28 June 1149, allowed himself and his army to be surrounded by the forces of the Emire Nur ed-Din. The consequence was a massacre, after which, Raymond’s skull, set in a silver case, was sent by Nur ed-Din as a present to the Caliph in Baghdad. (p.120)

Lots of skulls are cut off and decorated. Lots of imperial pretenders are blinded. Lots of armies are massacres, populations sold into slavery and towns razed to the ground. Yes, it this is the third and final volume in Norwich’s weighty and famous…