Increased testing does not explain the increase in US COVID cases

The Logic of Science

The US is experiencing another sharp increase in COVID19 cases. This is a simple fact, but as always seems to be the case in today’s world, this fact is being treated as an opinion. Countless people (including prominent politicians and even the president) are claiming that cases are not actually increasing, and the apparent increase is simply the result of increased testing. This claim is dangerous and untrue, but it also offers a good opportunity to teach some lessons in data analysis. Obviously, an increase in testing will result in an increase in the number of cases that are documented, that much is true, but that doesn’t necessarily mean that the entirety of the increase is from increased testing. So how can we tell whether the true number of cases is increasing? There are multiple ways to examine this, and I’m going to walk through several of them and try…

Trump retweets a video of deplorables calling for white power

This morning I retweeted Trump’s own retweeted video of people in Florida yelling at each other, with one screaming “white power” several times, but that tweet been quickly removed by the Prez or his minons:

But you can still see the original on the Rolling Stone site, and I’ve put a version below the screenshot:

The Bad Tweet passed on by tRump. The seniors in their golf carts are feisty (and badly deluded), but there’s also pushback.

Seniors from The Villages in Florida protesting against each other: pic.twitter.com/Q3GRJCTjEW

On Sunday morning, the president of the United States once again showed his racist leanings by retweeting a video of one of his supporters chanting “white power.”

“Thank you to the great people of The Villages. The Radical Left Do Nothing Democrats will Fall in the Fall. Corrupt Joe…

The eclipse photo that made Einstein famous

Arrival and Departure by Arthur Koestler (1943)

Warning: This review contains references to rape, torture and the Nazi murder of Jews.

Arthur Koestler was born to a Jewish mother in Budapest, capital of the Hungarian part of the the Austro-Hungarian Empire, in 1905. So he was 14 when the short-lived Hungarian communist government of Bela Kun seized power in 1919 and Koestler later remembered his teenage high hopes for it and for a better future. The Bela Kun regime was crushed and replaced by the authoritarian rule of Admiral Horthy, but Koestler retained that youthful idealism

Koestler became a journalist and travelled widely in the late 1920s and early 1930s, reporting from the Soviet Union, Palestine and Germany, for a variety of German newspapers. He joined the German Communist Party in 1931.

In 1936, early in the Spanish Civil War, Koestler got access, as an accredited journalist, to General Franco’s headquarters and…

Admiral of the Fleet Louis Francis Albert Victor Nicholas Mountbatten, 1st Earl Mountbatten of Burma (born Prince Louis of Battenberg; June 25, 1900 – August 27, 1979), was a British Royal Navy officer and statesman, a Maternal Uncle of Prince Philip, Duke of Edinburgh, and second cousin once removed of Queen Elizabeth II of the United Kingdom. During the Second World War, he was Supreme Allied Commander, South East Asia Command (1943–1946). He was the last Viceroy of India (1947) and the first governor-general of independent India (1947–1948). 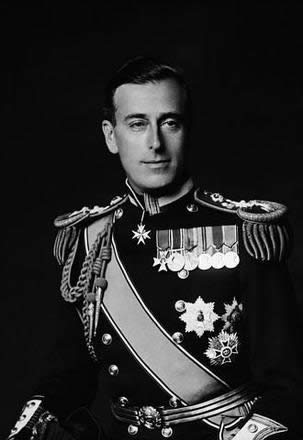 Lord Mountbatten was known as His Serene Highness Prince Louis of Battenberg from the time of his birth at Frogmore House in the Home Park, Windsor, Berkshire until 1917, when he and several other relations of King George V of the United Kingdom dropped their German styles and titles.

Lord Mountbatten was the youngest child…

Homage to Catalonia by George Orwell (1938)

Orwell was born Eric Arthur Blair to a civil servant in India in 1903. The family moved back to England in 1907 and sent young Eric, first to prep school near Eastbourne, then to Eton, where he met other boys who were to be among the literary luminaries of his generation. In other words he was brought up to be the toffiest of the toffs. However, unlike most of his literary contemporaries, Eric decided not to go on to Oxford or Cambridge but instead enlisted in the Indian Imperial Police and returned to Burma. Here he served from 1922 until 1927, wielding great responsibility for large provinces and huge numbers of ‘natives’.

Slowly he lost his faith in the Imperial mission, and came to dislike his role. One contemporary said he had an unusual sympathy for the natives and went to the unprecedented lengths of learning their language…

Laughter is the best medicine

Paddy’s Blogs in a crazy world

When in Cambridge in 1961 I saw a current British Prime Minister portrayed on stage for the first time in “Beyond the Fringe” I’m not sure that I was aware of the significance of the moment. Later I bought the early copies of “Private Eye” in the streets of the City. And before I left school Ned Sherrin and David Frost had launched the groundbreaking “That Was The Week That Was”. What was happening was Satire.

The world is absurd, and people lie and cheat. Politicians parody themselves daily and people have prejudices out of ignorance or venality. What satire did was to hold a mirror up to all this – sometimes the mirror enlarged and sometimes it distorted but it always reflected and allowed the viewer or the reader to judge.

Poetry of the Thirties edited by Robin Skelton (1964)

Even before they were quite over, the Thirties took on the appearance of myth… It is rare for a decade to be so self-conscious… (Robin Skelton in his introduction)

Robin Skelton (October 1925 – August 1997) was a British-born academic, writer, poet, and anthologist. In 1963 he emigrated to Canada and taught at universities there. He appears to have written an astonishing 62 books of verse (some of them explanations of theory & metre), five novels, 15 non-fiction books and some 23 anthologies.

This Penguin paperback edition of poetry from the 1930s is similarly profuse. It contains some 169 poems by no fewer than 43 poets, a very wide-ranging selection.

Some wrote little but have cult followings, like the fierce young communist John Cornford…