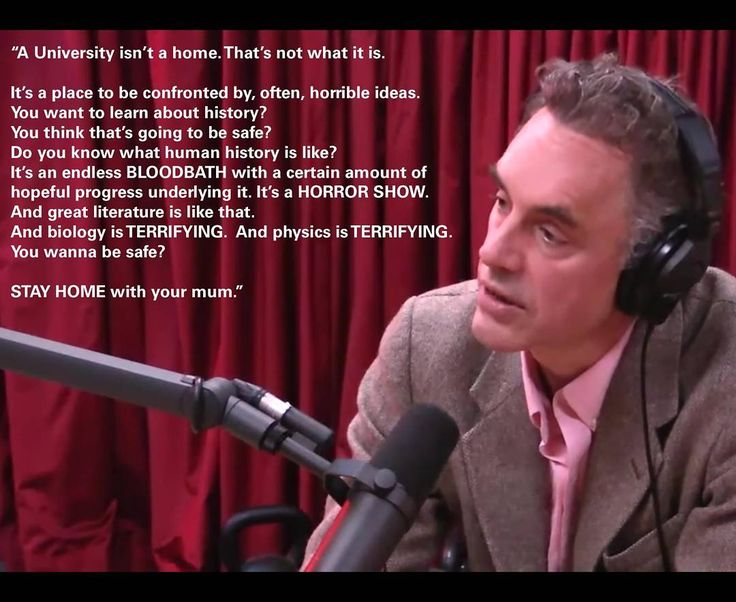 Jordan Bernt Peterson (born June 12, 1962) is a Canadian clinical psychologist, cultural critic, and professor of psychology at the University of Toronto. His main areas of study are in abnormal, social, and personality psychology, with a particular interest in the psychology of religious and ideological belief, and the assessment and improvement of personality and performance.

Peterson studied at the University of Alberta and McGill University. He remained at McGill as a post-doctoral fellow from 1991 to 1993 before moving to Harvard University, where he was an assistant and an associate professor in the psychology department. In 1998, he moved back in Canada to the University of Toronto as a full professor.

His first book Maps of Meaning: The Architecture of Belief was published in 1999, a work which examined several academic fields to describe the structure of systems of beliefs and myths, their role in the regulation of emotion, creation of meaning, and motivation for genocide. His second book, 12 Rules for Life: An Antidote to Chaos, was released in January 2018. In 2016, Peterson released a series of videos on his YouTube channel in which he criticized political correctness and the Canadian government’s Bill C-16. He subsequently received significant media coverage.

“And so since the 1970s, under the guise of postmodernism, we’ve seen the rapid expansion of identity politics throughout the universities, it’s come to dominate all of the humanities – which are dead as far as I can tell – and a huge proportion of the social sciences … We’ve been publicly funding extremely radical, postmodern leftist thinkers who are hellbent on demolishing the fundamental substructure of Western civilization. And that’s no paranoid delusion. That’s their self-admitted goal … Jacques Derrida … most trenchantly formulated the anti-Western philosophy that is being pursued so assiduously by the radical left.”

Jordan Bernt Peterson (born June 12, 1962) is a Canadian professor of psychology at the University of Toronto. His main areas of study are the psychology of religious and ideological belief, and the assessment and improvement of personality and performance. He authored Maps of Meaning: The Architecture of Belief in 1999. Recently he has been campaigning against the pernicious influence of postmodernism in academic life.