Canada and Australia share a political culture of conflict

In a recent book, political scientist Tom Flanagan argues that the years of minority government in Canada between 2004 and 2011 had a corrosive effect on Canadian politics and political culture. He comments:

After so many years of continuous campaigning, federal politicians are like child soldiers in a war-torn African country; all they know how to do is to fire their AK-47s.

This statement, and many other things that Flanagan describes as features of Canadian politics – including increased centralisation of decision-making in the party and the need to be in constant campaign mode – could also be considered to be characteristics of contemporary Australian politics.

There can be little doubt that the years since 2007 have transformed the nature of Australian politics, turning it into a political warzone in which there can be no rest for the combatants. This came after some 24 years of relative political calm during which there were but three prime ministers – Bob Hawke, Paul Keating and John Howard.

These years of political stability owed a lot to politics not being all out-and-out warfare, even allowing for Keating’s occasional belligerence. Governments on both sides of politics ruled for what they understood to be the public good, not just to secure victory over the other side.

When the Australian electorate voted in the Labor government led by Kevin Rudd in 2007 they had an expectation that this pattern of politics would continue. They saw Rudd as continuing the tradition of good government that Australia had enjoyed since 1983.

Instead, the Australian people were soon to enter the zone of conflict and instability, which is still the case. One could blame this on the challenges that governments have had to face since the global financial crisis. But then the Hawke government faced enormous challenges in the late 1980s without descending into anything like its successor 20 years later.

There were many factors at work, including Rudd’s leadership style, the way in which he was dispatched and replaced by Julia Gillard, and the consequences of having a hung parliament from 2010. The result was a much more ferocious style of politics. It was ferocious in the conflict both between the parties and within the parties as the struggle for power became increasingly intense.

What happened was that a political “state of nature” replaced what had been the civilised practice of political life in Australia. One of the great virtues of the Westminster system, which Australia, like Canada, has inherited from Britain, are its traditions of political behaviour, of behaving reasonably and decently.

Those traditions have been significantly eroded in recent years. One reason for this has been the need to be in constant campaign mode. Flanagan writes that the Conservative Party in Canada is a “campaign party”, always looking to the next election. The same is true of both main political parties in Australia.

All of this is exacerbated by the 24-hour news cycle and the use of social media. There can be no rest for any government; skirmishes are always being fought as parties prepare to “go over the top” for the next big offensive.

What this means is that the job of governing the country is almost of lesser importance than winning the political battle. Rather, government is just another tool or weapon to be used in that battle.

The real problem, as Flanagan says, is the harmful effect that such behaviour has had on the political culture. What Australians want is what they had under Hawke and Howard: good, strong, stable government. What they are getting is constant political warfare.

The problem is that young newcomers to politics are being inducted into this dysfunctional political culture. They are learning how to become political warriors dedicated to winning the political game. And winning is the top – perhaps only – priority.

The danger is that this culture of constant conflict will becoming self-perpetuating. Politicians will forget why the Australian people have elected them. There needs to be some way of breaking this cycle of conflict and returning Australians to the days of good government that they enjoyed under Hawke, Keating and Howard.

Paul John Keating (born 18 January 1944) is a former Australian politician who was the 24th Prime Minister of Australia and the Leader of the Labor Party from 1991 to 1996. Keating was first elected to the House of Representatives in 1969 as the MP for Blaxland, New South Wales. He was later appointed Treasurer of Australia in the Hawke Government, which came to power in 1983.

On 10 December 1992, Keating delivered the Redfern Speech on Aboriginal reconciliation, a speech which has regularly been cited as among the greatest in Australian political history. 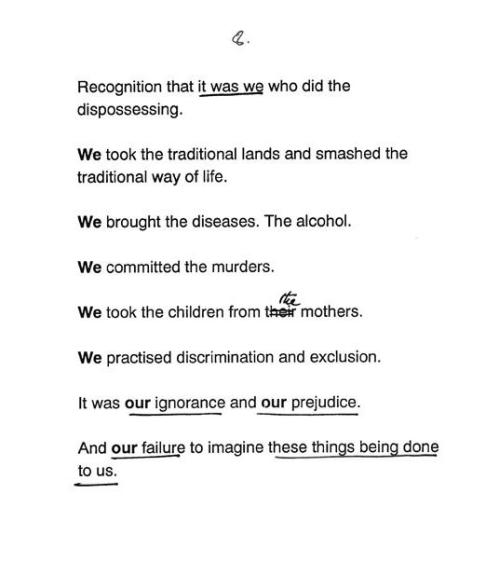