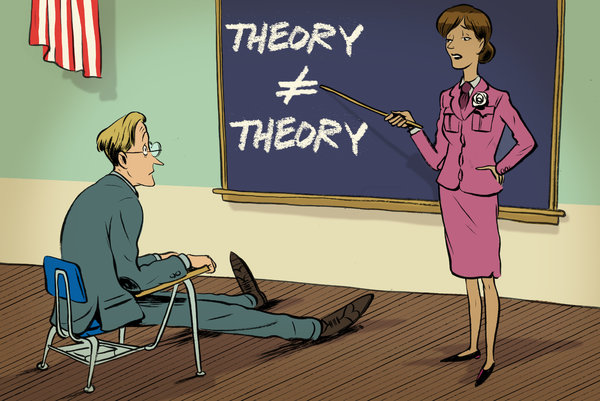 Dawkins, NECSS, and Working Together

The recent news is that Richard Dawkins was un-invited from the NECSS conference because of a tweet he sent that many found offensive. Of course it caused all sorts of uproars and divisions. Sigh… how tiresome; and at a time when there is real work to be done.

I was reminded of this short SkepticBlog post I wrote way back in 2009, another time I found myself frustrated with those supposed friends of science communication who seem to place a higher priority on finding things wrong with their allies.

Diversity has value only when it’s real diversity, and that means diversity of opinion in addition to ethnic or gender diversity. Many self-declared “champions of diversity” would do well to actually practice what they preach.

Are You Paddling, or Just Dragging?

They say you need a thick skin if you want to put yourself out there as a science communicator promoting critical thinking. And, it’s true: Trust me, I know. But that thick skin is not necessarily needed to fend off promoters of pseudoscience; just as often, you need it for public attacks launched by those who purport to be your allies.

Recently someone with a skeptical blog wrote an article criticizing me for two different things (both of which were wrong, incidentally; obviously this person didn’t care to check). I didn’t know the person, and browsed around on the blog for a few minutes. It was a generally skeptical blog, but all too often, it seemed the blogger was less interested in attacking the charlatans than in stroking their own ego by going after just about every prominent skeptic: “I’m smart because Novella, Randi, Shermer, Plait, Nickell, Klass, Radford, Dunning, (the list goes on), are wrong.”

I liken the drivers of the critical thinking movement to paddlers in a giant canoe. Some are more influential and paddle hard, others less so. But we’re all paddling. Every little bit helps. We’re paddling because what we’re doing is important and we believe in it. I welcome everyone who comes aboard to help, no matter the size of their paddle.

So it’s frustrating for me when I see people who represent themselves as paddlers, but really all they’re doing is disparaging those who actually do paddle. Oh, occasionally they may stick their paddle into the water and steer or give a little push or two, but every time they stop to lambaste the contributors, they’re dead weight; and when they shout to other boats what horrible paddlers their shipmates are, they are actively counterproductive.

I’m not saying we shouldn’t be open to internal criticism of the way we do what we do. We have to be, and we are. But unless you’re trying to communicate to the world that skepticism is falling apart, you don’t trumpet your criticism to the world in your blog, you pick up the phone and make your suggestions appropriately. I had a huge problem with something that happened at The Amazing Meeting 7. I didn’t podcast or blog to the world that TAM is all fucked up; I communicated my concerns in private to the appropriate person. Guess what, my concerns were welcomed, and I also discovered that I didn’t know the whole story. How about that for a shocker? And the world still knows what I want them to know: That I think TAM is an incredibly positive event. We’re still paddling in step.

I invite every skeptical blogger, podcaster, or communicator to stop and consider what it is they’re trying to accomplish. Do you really have no better targets to go after than your best allies? If you feel that I or anyone else have done something counterproductive to science education, you’ll probably find that we welcome your comments if you present them appropriately. If you’re just out there trying to shout “Look how smart I am”, well, we don’t have time for you; but we’ll make time if you want to pick up a paddle and climb on board.

Intellectual Impostures
by Alan Sokal and Jean Bricmont
Profile: 1998. Pp. 274. £9.99
Published in the USA by Picador as Fashionable Nonsense in November 1998

Suppose you are an intellectual impostor with nothing to say, but with strong ambitions to succeed in academic life, collect a coterie of reverent disciples and have students around the world anoint your pages with respectful yellow highlighter. What kind of literary style would you cultivate? Not a lucid one, surely, for clarity would expose your lack of content. The chances are that you would produce something like the following:

We can clearly see that there is no bi-univocal correspondence between linear signifying links or archi-writing, depending on the author, and this multireferential, multi-dimensional machinic catalysis. The symmetry of scale, the transversality, the pathic non-discursive character of their expansion: all these dimensions remove us from the logic of the excluded middle and reinforce us in our dismissal of the ontological binarism we criticised previously.

This is a quotation from the psychoanalyst Félix Guattari, one of many fashionable French ‘intellectuals’ outed by Alan Sokal and Jean Bricmont in their splendid book Intellectual Impostures, previously published in French and now released in a completely rewritten and revised English edition. Guattari goes on indefinitely in this vein and offers, in the opinion of Sokal and Bricmont, “the most brilliant mélange of scientific, pseudo-scientific and philosophical jargon that we have ever encountered”. Guattari’s close collaborator, the late Gilles Deleuze, had a similar talent for writing:

In the first place, singularities-events correspond to heterogeneous series which are organized into a system which is neither stable nor unstable, but rather ‘metastable’, endowed with a potential energy wherein the differences between series are distributed… In the second place, singularities possess a process of auto-unification, always mobile and displaced to the extent that a paradoxical element traverses the series and makes them resonate, enveloping the corresponding singular points in a single aleatory point and all the emissions, all dice throws, in a single cast.

This calls to mind Peter Medawar’s earlier characterization of a certain type of French intellectual style (note, in passing, the contrast offered by Medawar’s own elegant and clear prose):

Style has become an object of first importance, and what a style it is! For me it has a prancing, high-stepping quality, full of self-importance; elevated indeed, but in the balletic manner, and stopping from time to time in studied attitudes, as if awaiting an outburst of applause. It has had a deplorable influence on the quality of modern thought…

Richard Dawkins, FRS, FRSL (born 26 March 1941) is an English ethologist, evolutionary biologist, and writer. He is an emeritus fellow of New College, Oxford, and was the University of Oxford’s Professor for Public Understanding of Science from 1995 until 2008.