Older people may be better learners than we think

Older people may be able to learn more from visual information than their younger counterparts, according to a study published today in the journal Current Biology.

“The take-home message the study authors gave was that healthy older people are good at learning,” said Professor Henry Brodaty, co-Director of the Centre for Healthy Brain Ageing (CHeBA) at UNSW. “They have the same plasticity, but they’re not as good at filtering out other information.”

The brain needs to be able to easily learn new information (plasticity), and filter out irrelevant information (stability). The experiment was designed to test whether ageing affects the brain’s plasticity, stability, or both.

The researchers had ten 67 to 79-year-olds and ten 19 to 30-year-olds view screens displaying six letters interspersed with two numbers. Each screen also had moving dots in the background, and the participants were asked to report just the numbers.

They found younger people had strong plasticity and stability, meaning only important information – the numbers – was learnt. The older participants, on the other hand, learnt the numbers but also picked up on the movement of the background dots.

This decrease in stability among the older group means irrelevant information was not being filtered out.

One of the study authors, Professor Takeo Watanabe told Current Biology that because the brain’s capacity to learn was limited, there was “always the risk that information already stored in the brain may be replaced with new and less-important information.”

However, Professor Brodaty said the verdict on how the brain stores information was still out.

“There’s debate whether you’ve got a limited filing cabinet, and if you get too much in there you’ve got no room for anything else,” he said. “Many neuropsychologists don’t think there’s a limit, or if there is, we’re nowhere near reaching it.”

Professor Anthony Hannan from the Florey Institute of Neuroscience and Mental Health at the University of Melbourne, said the paper did not discuss the implications of the generational difference in the two age groups.

“One of the most obvious differences between these two groups other than their age is that the younger group would have grown up with screens: playing video games, watching television, using the internet – essentially having perceptual training through their digital environment,” he said.

Whether the older brains naturally decreased in stability, or if filtering visual information was a skill that had not been honed by the study participants is unclear.

“As there were only ten subjects per group, they may not have been entirely representative of their age groups, due to variable genetic and environmental factors,” Professor Hannan added. “There is evidence, for instance, that people who stay more mentally stimulated and physically active can delay onset of cognitive decline.”

Either way, it seems that older people’s ability to learn important visual information is comparable to their younger, screen-savvy counterparts.

This article was originally published on The Conversation. (Republished with permission). Read the original article.

Bertrand Russell on the Celestial Teapot

Aristotle (384–322 BCE) was a Greek philosopher and scientist born in the Macedonian city of Stagira, Chalkidice, on the northern periphery of ancient Greece. At eighteen, he joined Plato’s Academy in Athens and remained there until the age of thirty-seven (c. 347 BCE). His writings cover many subjects – including physics, biology, zoology, metaphysics, logic, ethics, aesthetics, poetry, theater, music, rhetoric, linguistics, politics and government – and constitute the first comprehensive system of Western philosophy.

I’ve only now just had time to look at the text.

The idea that these words represent any kind of intervention in Australian politics is laughable.

The President was using the Great Barrier Reef as a local, easily understood example of how all of us are affected by climate change.

It says a lot about the dogmatic, ideologically-driven instincts of the Abbott government that they have prosecuted such a silly criticism of the US administration.

Here are the relevant words:

As we develop, as we focus on our econ, we cannot forget the need to lead on the global fight against climate change. Now, I know that’s — (applause) — I know there’s been a healthy debate in this country about it. (Laughter.) Here in the Asia Pacific, nobody has more at stake when it comes to thinking about and then acting on climate change. 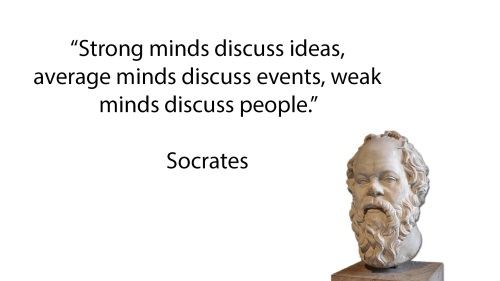 Richard Dawkins, FRS, FRSL (born 26 March 1941) is an English ethologist, evolutionary biologist, and writer. He is an emeritus fellow of New College, Oxford, and was the University of Oxford’s Professor for Public Understanding of Science from 1995 until 2008.

Plato (428/427 or 424/423 – 348/347 BCE) was a philosopher, as well as mathematician, in ancient Greece. He is considered an essential figure in the development of philosophy, especially the Western tradition, and he founded the Academy in Athens, the first institution of higher learning in the Western world. Along with Socrates and his most famous student, Aristotle, Plato laid the foundations of Western philosophy and science. Alfred North Whitehead once noted: “the safest general characterization of the European philosophical tradition is that it consists of a series of footnotes to Plato.”